Given that established companies often lack badly needed disruptive technologies that startups invariably specialise in, initiatives like LaunchVic, along with non-profit entity, Startup Victoria should also accelerate some powerful matchmaking. 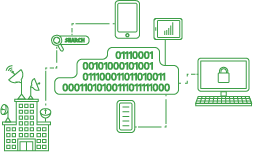 Funded by LaunchVic, in collaboration with Startup Victoria, results from the first Mapping Victoria’s Startup Ecosystem 2017 Report suggest there’s never been a better time for startups to tap into the growing plethora of resources at their disposal.

After polling over 1600 companies across the state, report results reveal that almost 60 percent of companies are accessing support from mentors and advisors, while 81 percent have partnerships with external organisations – from universities or research institutes to suppliers, distributors, or industry associations.

The report also reveals that the state’s companies are broadly well-supported, with 21 accelerators currently up and running, with six new programmes in the pipeline. Meantime, there are 190 meetup groups focused on startups and entrepreneurship organised across the state, plus 150 co-working spaces.

Having worked along-side both entities, we’ve witnessed first-hand the invaluable role that LaunchVic, and Startup Victoria, together with private sector organisations play in helping startups’ reach their full potential. RSM has also attempted to support these initiatives through the Evolve Group, a centralised hub for startups that we established within our Melbourne office last year.

Revelations within the report that eight out of every 10 companies surveyed provide a digital product or service – with over half (56%) targeting business/government customers – shouldn’t be lost on established companies looking for technology to establish and/or sustain their competitive advantage. 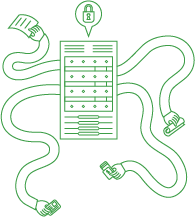 For those companies that have fallen behind in the ‘digital-stakes’, startups represent a cost-effective way to catch-up. Then there are companies operating within sunset industries, for which startups may present the opportunity to breathe new life into business models otherwise heading for extinction.

The report found that for most of the state’s firms, the journey from founding a startup to growing into a successful later-stage company is ‘a long one’. However, what’s encouraging is the success of the state’s so-called ‘unicorns’ like REA Group, Seek and carsales.com.au which have valuations of $8.7bn, $5.9bn, and $2.8bn respectively.

Based on the report data, it takes startups an average six or seven years to graduate from early-stage to growth-stage and around a decade to hit the later-stage definition.

By comparison, the fastest growing firms are reaching the growth-stage in around three years and later-stage in eight or nine.

Interestingly, while two out of three firms are pursuing growth through exporting, typically to the US, the UK, China and New Zealand, well over half (62%) of firms reported having most of their customers here in Australia.

Adding further substance to our own experience working with startups, this major report proves convincingly that the ‘garden state’ has the necessary ingredients to grow a strong and supportive startup ecosystem.

The greater transparency into the makeup of Victoria’s startup ecosystem provided within this survey, including the notable underrepresentation of 1) women, 2) the state’s regions, plus 3) certain disciplines – including computer science, sales and business development – can now be used by decision-makers to better determine the best way to offer ongoing support.

For further information please do not hesitate to contact one of the team from RSM Evolve.